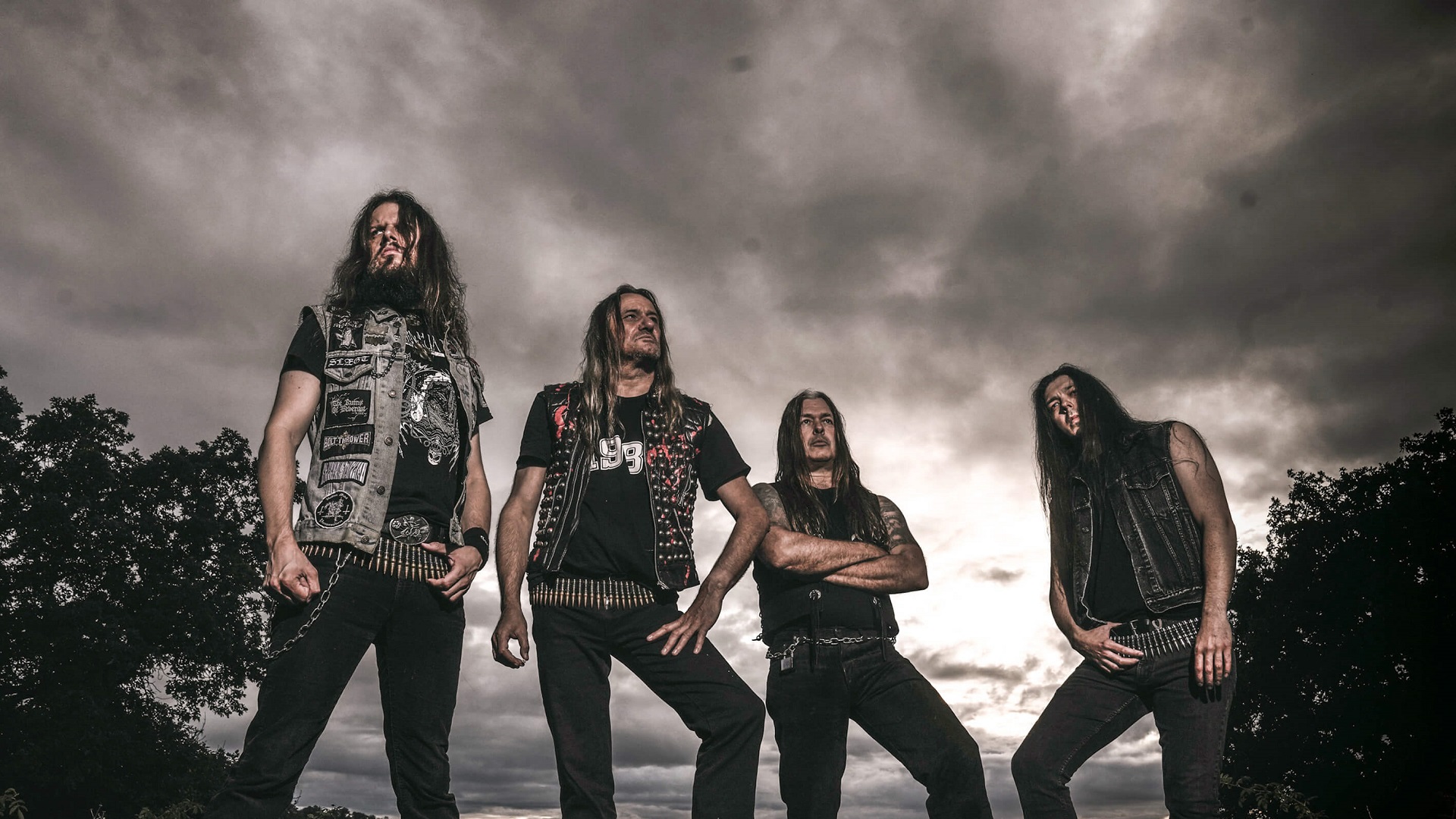 Altenessen, a social melting-pot deep in the heart of the Ruhr Area. From the mid-19th century, the region supplied Europe’s industrialisation with the required raw materials, mined under back-breaking conditions below ground in coal pits named Carl, Anna, Fritz-Heinrich, Helene and the like. Altenessen is also the musical domicile of Tom Angelripper, vocalist/bassist of German metal act Sodom, who has met for some years with his band members in a ratty rehearsal room in that part of Essen to produce tough-as-nails thrash music. To other musicians, such information may be of marginal interest; to Tom it is an important component of his recipe for success. “I want guys from the Ruhr, who share my background, with whom I can work and rehearse consistently,” explains Sodom’s mastermind, who has implemented his band’s philosophy together with guitarists Frank Blackfire and Yorck Segatz as well as new addition Toni Merkel (drums). A philosophy that yields more impressive results in 2020 than ever before. Following the first relaxation of the lockdown rules, Sodom immediately got back to working creatively. Which is one of the reasons why Genesis XIX has turned into precisely what the musicians had in mind: “This is definitely one of the toughest and most diverse studio recordings that Sodom have ever released,” promises Tom.