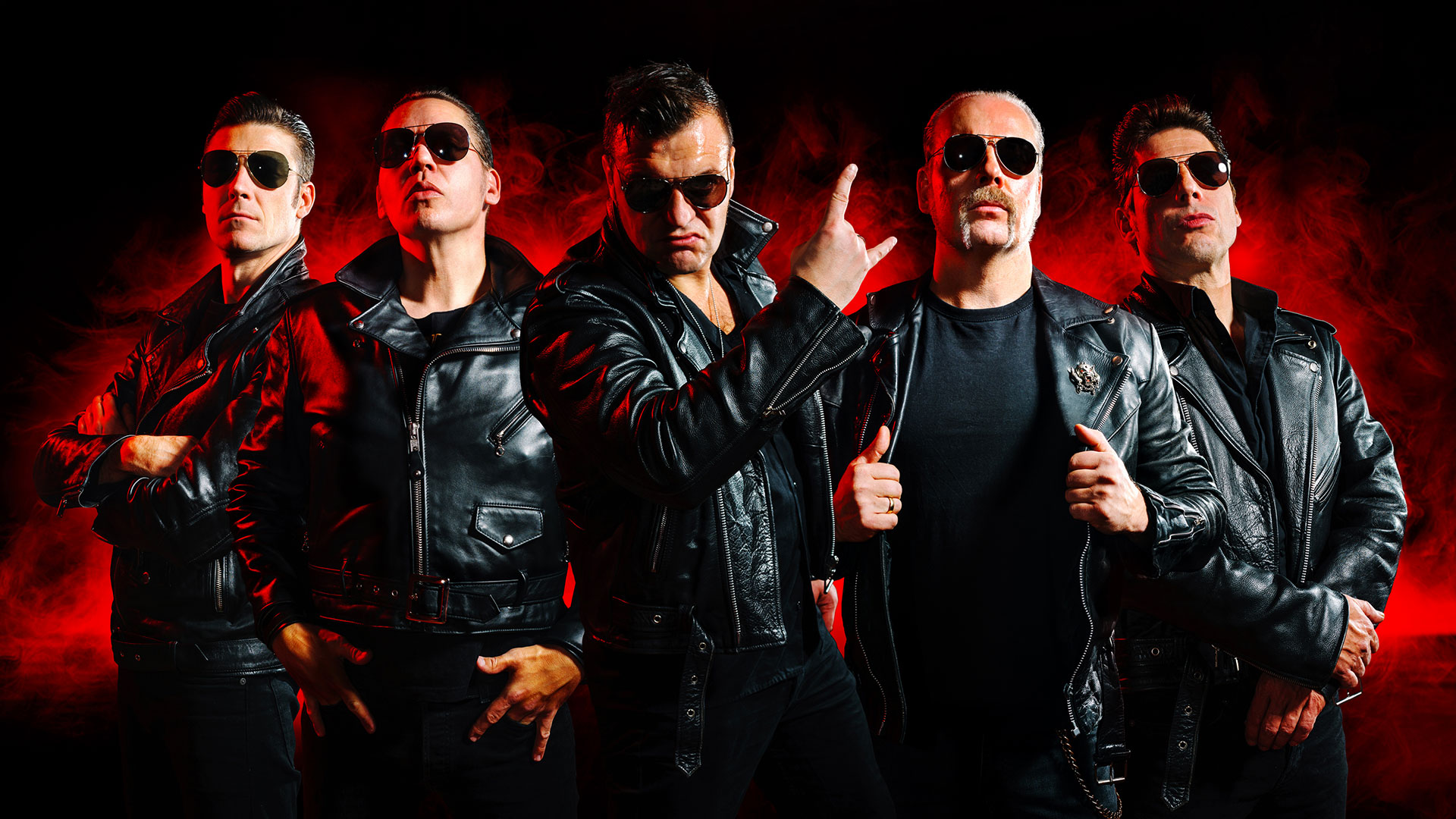 This insight might not necessarily be a new one, but: rock’n’roll isn’t something you can learn, it has to run through your veins. This music is more than a stylistic direction; it’s both an attitude and a philosophy. So when Kai Kidd, guitarist of the Norwegian rock band The Carburetors, jumps into the auditorium with his expensive Gibson Les Paul Custom Shop, regardless of the possible consequences, breathes fire, stands on the bar, kicking half-full beer glasses out of the way, and destroys one of his instruments during every show, he’s just following his natural instincts. Because The Carburetors, who have been haunting Europe for almost 15 years, are always one hundred per cent authentic in everything they do. Leather jackets, black jeans, sunglasses, cowboy stance: this band doesn’t pander to any stereotypes but ostensibly lives its rock ideology.