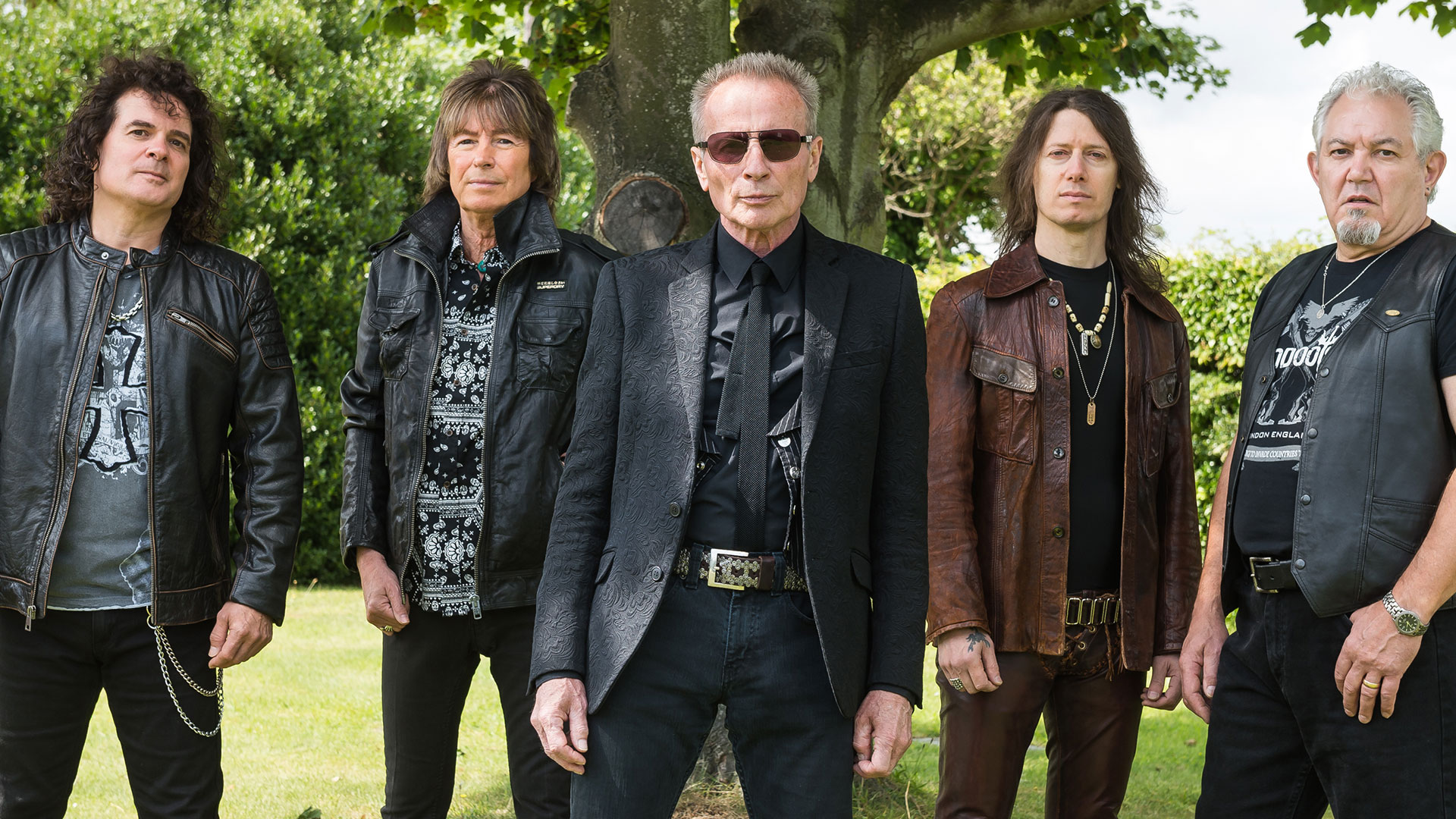 UFO’s success story began in London way back in 1969, when vocalist Phil Mogg, drummer Andy Parker, guitarist Mick Bolton and bassist Pete Way formed the group, borrowing the band name from a legendary London music club. Even in the Seventies, the band distinguished themselves with their very own, unmistakable style, touching a nerve among their growing following with rock numbers like ‘Prince Kajuku’, ‘Follow You Home’ or ‘C’mon Everybody’ from their albums UFO 1, Flying and UFO Live. The global breakthrough arrived when German guitarist, Michael Schenker, joined the fold in 1973, having left his band Scorpions to follow an offer by Phil Mogg and Pete Way. UFO released three consecutive rock classics with Schenker (Phenomenon (1974), Force It (1975) and No Heavy Pettin’ (1976)), featuring classics like ‘Doctor Doctor’, ‘Shoot, Shoot’, or ‘Rock Bottom’. Following the arrival of keyboarder/rhythm guitarist Paul Raymond, UFO released their two studio albums Lights Out (1977) and Obsession (1978), including the hit singles ‘Too Hot To Handle’, ‘Lights Out’ and ‘Only You Can Rock Me’. Their live cut Strangers In The Night came out in 1979 and is referred to by the press to this day as one of the best live releases of all time, while also signalling the end of the Mogg, Way, Schenker, Parker & Raymond line-up.