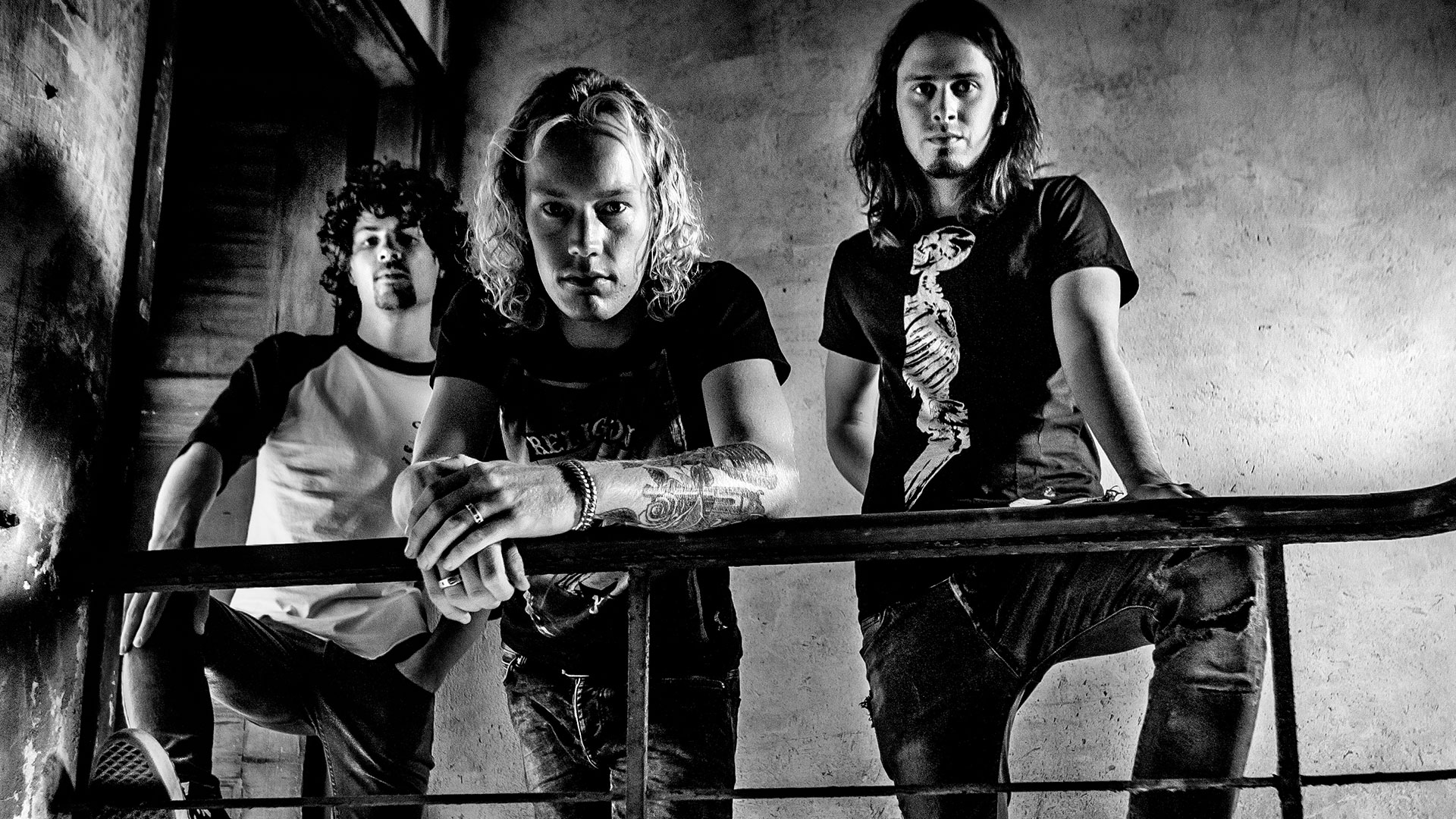 The reason why traditional rock music – unlike other short-lived musical directions we could mention – has lost none of its topicality and fascination to this day is due to the genre’s capacity for renewal. It has consistently evolved by virtue of its own strength, inviting new ideas which inspire young people, with new and hungry bands bringing a fresh breeze to the scene all the time. Among those acts who ensure that there’s no need to worry about the future of rock’n’roll are Black-Bone from Eindhoven in the Netherlands. The three musicians Steef van den Bogaard (guitars/vocals), Sven Hompes (bass/vocals) and Jules Eck (drums) are all in their early twenties and deliver their substantial rock’n’roll with a mastery which surprises even connoisseurs of the scene.

When they were offered the opportunity to play as opening act for Deep Purple in December 2011, Black-Bone’s great chance had arrived. “That show opened a lot of doors for us,” explains Jules. Invitations to play major festivals such as Bospop and Paaspop, concerts with the likes of Saxon, Slash, Status Quo and Chickenfoot, a European tour with Mustasch and Valient Thorr lots of own club gigs followed.