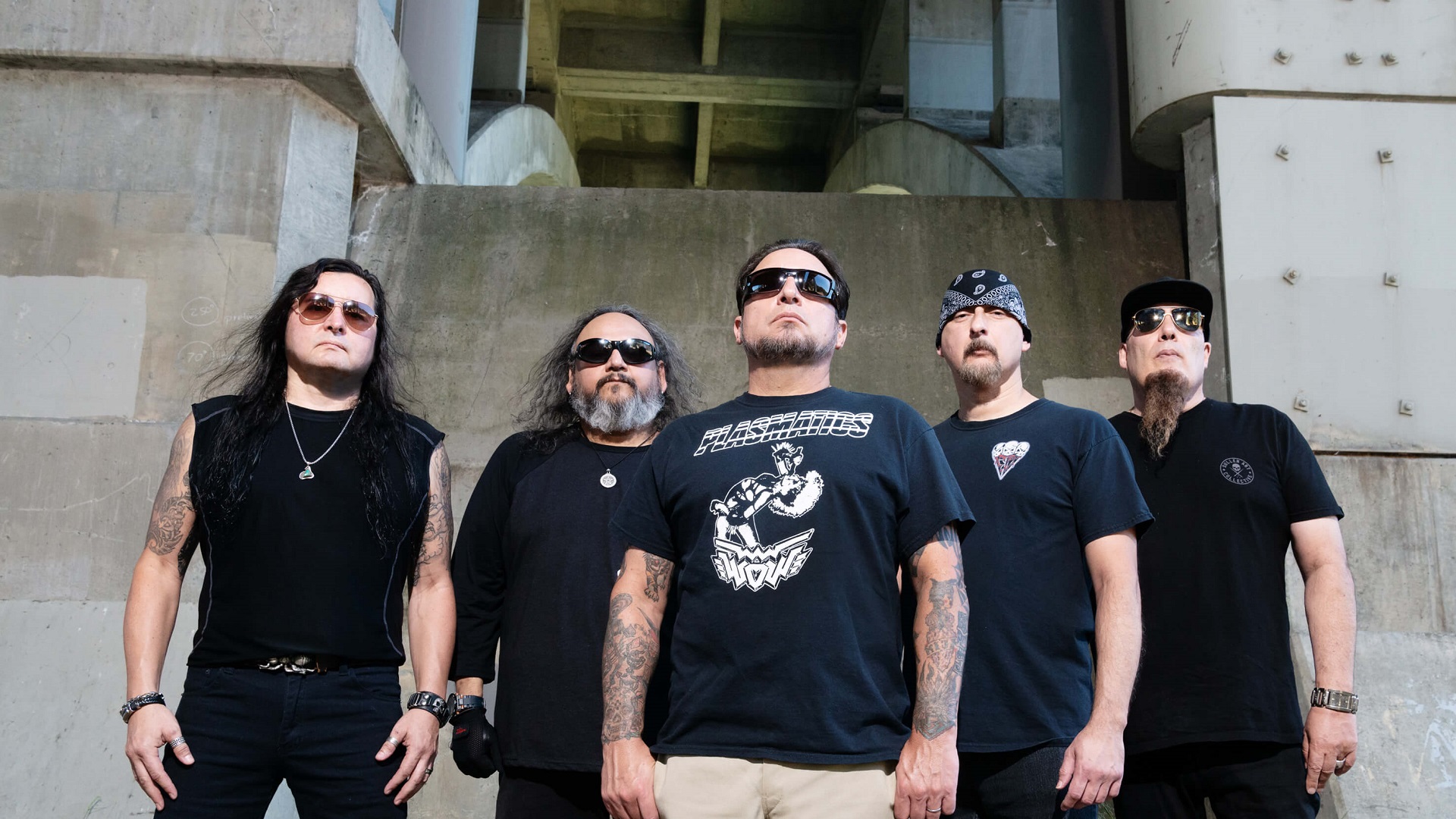 EVILDEAD was formed in 1987 with the intention to create heavy music in the thrash metal vein. EVILDEAD’s debut live appearance was on April 11, 1987 at Fender’s Ballroom in Long Beach, California on a bill that also featured Cryptic Slaughter, Dark Angel, and Possessed. Soon after the band entered the recording studio to record their classic 3-song demo; featuring the songs ‘The Awakening’, ‘Sloe-Death’,
and ‘Process: Elimination’. The EVILDEAD sound was unique; highlighting a blend of speed and thrash metal guitar riffs along with hyper drumming locked in with an over the top thundering bass with punk overtones, and lyrical themes that explored political, thought provoking social ideas; mixed with horror, and nuclear war themes.