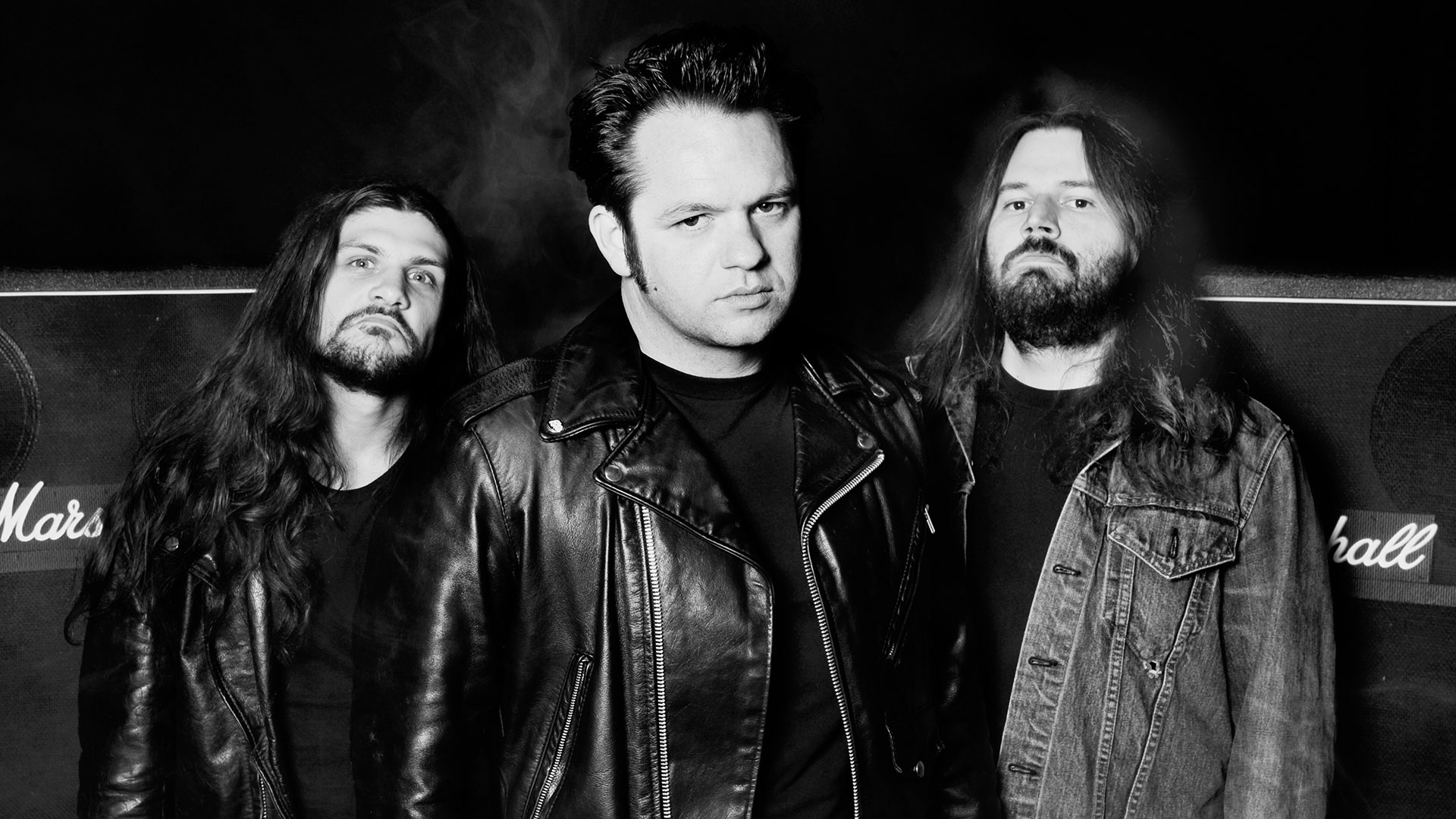 NIGHT DEMON is a classic metal trio consisting of Jarvis Leatherby (bass, vocals), Brent Woodward (guitars) and Dustin Kithcart (drums). The band unites the three members’ musical inspirations and influences ranging from old-school metal greats such as Iron Maiden, Metallica, Diamond Head, Angel Witch, Riot and Saxon to punk legends The Misfits. But whilst the band’s music proudly exhibits these roots, it does so in a manner contemporary with modern times in every aspect. NIGHT DEMON released their self-titled debut EP in April 2013, and to coincide with their massively extensive Europe tour of Spring 2014, they put out an expanded edition of the EP with four additional tracks.