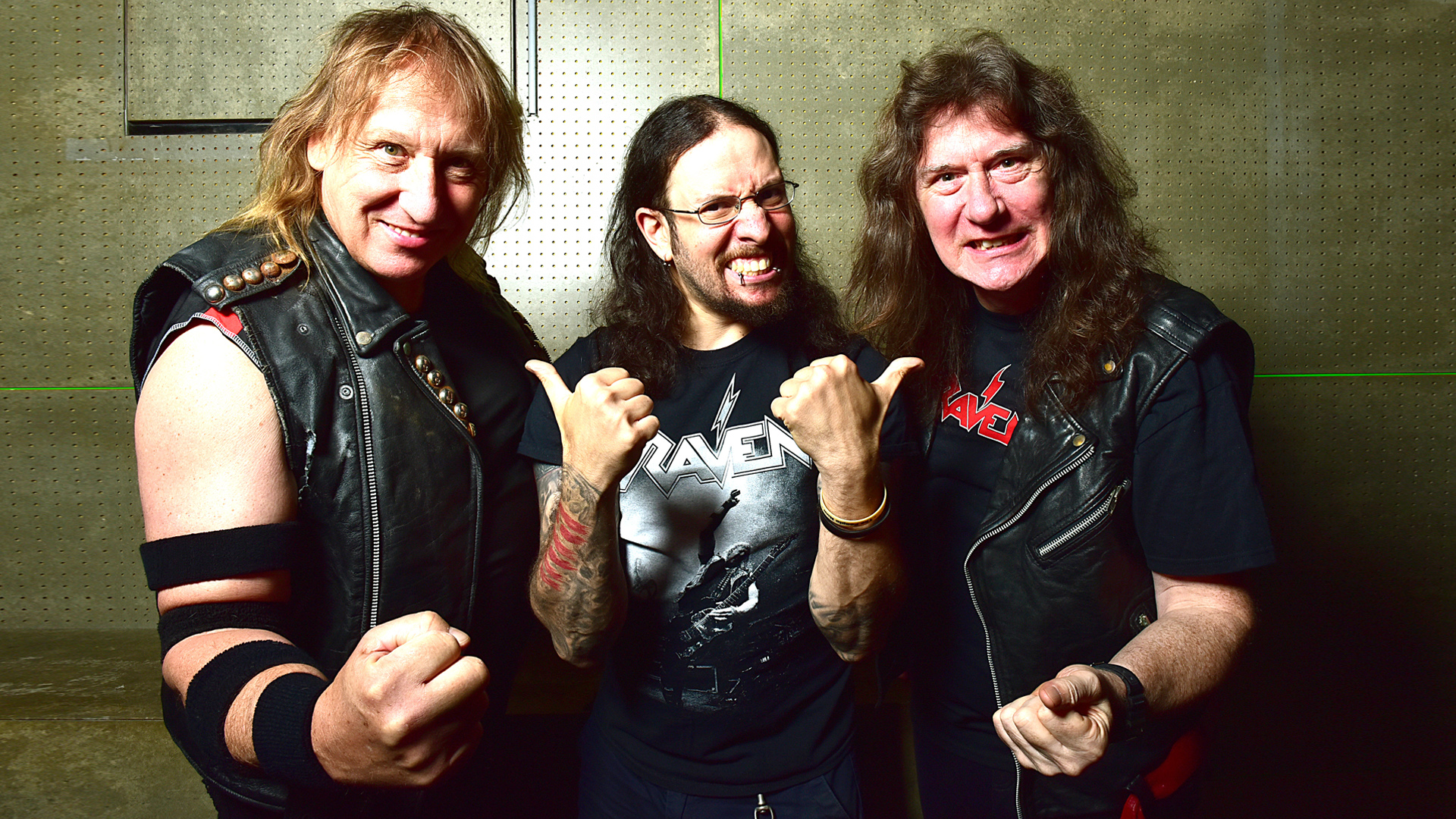 RAVEN are that rare thing in music, true originals – cut these guys with a razor and they will BLEED true heavy metal - a more intense live band does not exist on this planet! Hailing from Newcastle Upon Tyne in North East England back in 1974 the brothers Gallagher cut their teeth playing the pubs & clubs until solidifying their line up in 1980 with drummer Rob Hunter. The trio went on to release three of the most influential metal albums of the NWOBHM (New Wave Of British Heavy Metal) on the Neat records label which in turn inspired every band of that era and beyond. Basically, without Raven you just would not have thrash/speed metal... After all, the band did give Metallica & Anthrax their first tours!