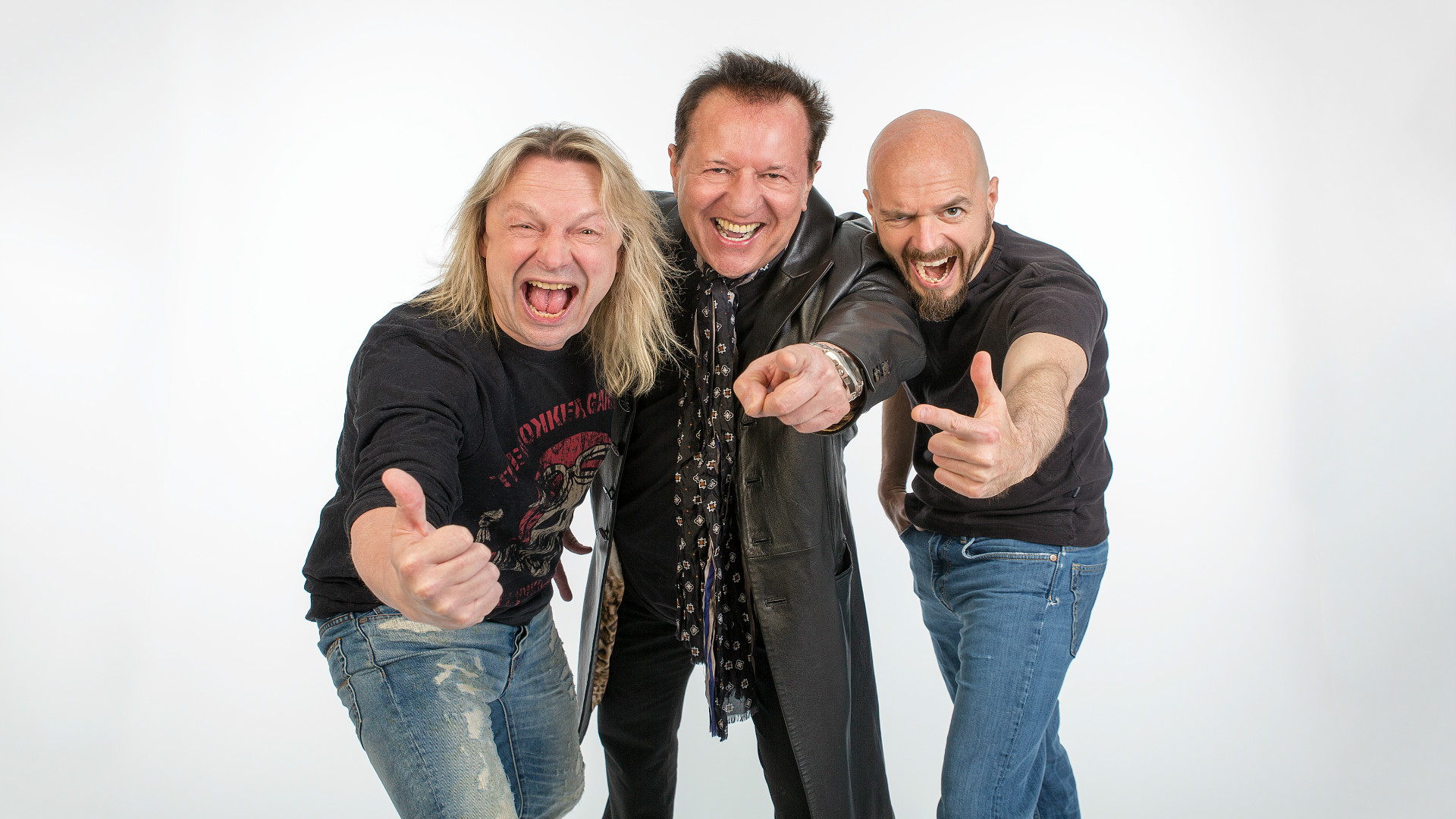 The idea to start Rock Wolves was conceived in autumn 2015 during a tour by Michael Schenker’s current band, Temple Of Rock, which Rarebell and Voss have been members of for five years. As a drummer and songwriter with the Scorpions, Herman Rarebell was significantly involved in eight of their studio albums between 1977 and 1996, among them classics such as Lovedrive, Blackout and Love At First Sting. Guitarist/vocalist Michael Voss first caused a stir in the 1980s with groups such as Mad Max and Casanova and his role in Temple Of Rock is not only that of a frontman, but also that of a songwriter and producer. When Schenker announced that he wanted to cut down on concerts in the coming months, an opportunity opened for Rarebell and Voss to start a new band together. They soon found the perfect bassist in Stephan “Gudze” Hinz. Gudze is founder member and bassist of H-Blockx and hence a representative of the 1990s rock generation. So here we have three illustrious names, three decades, and three artistic careers with similar but by no means congruent influences.