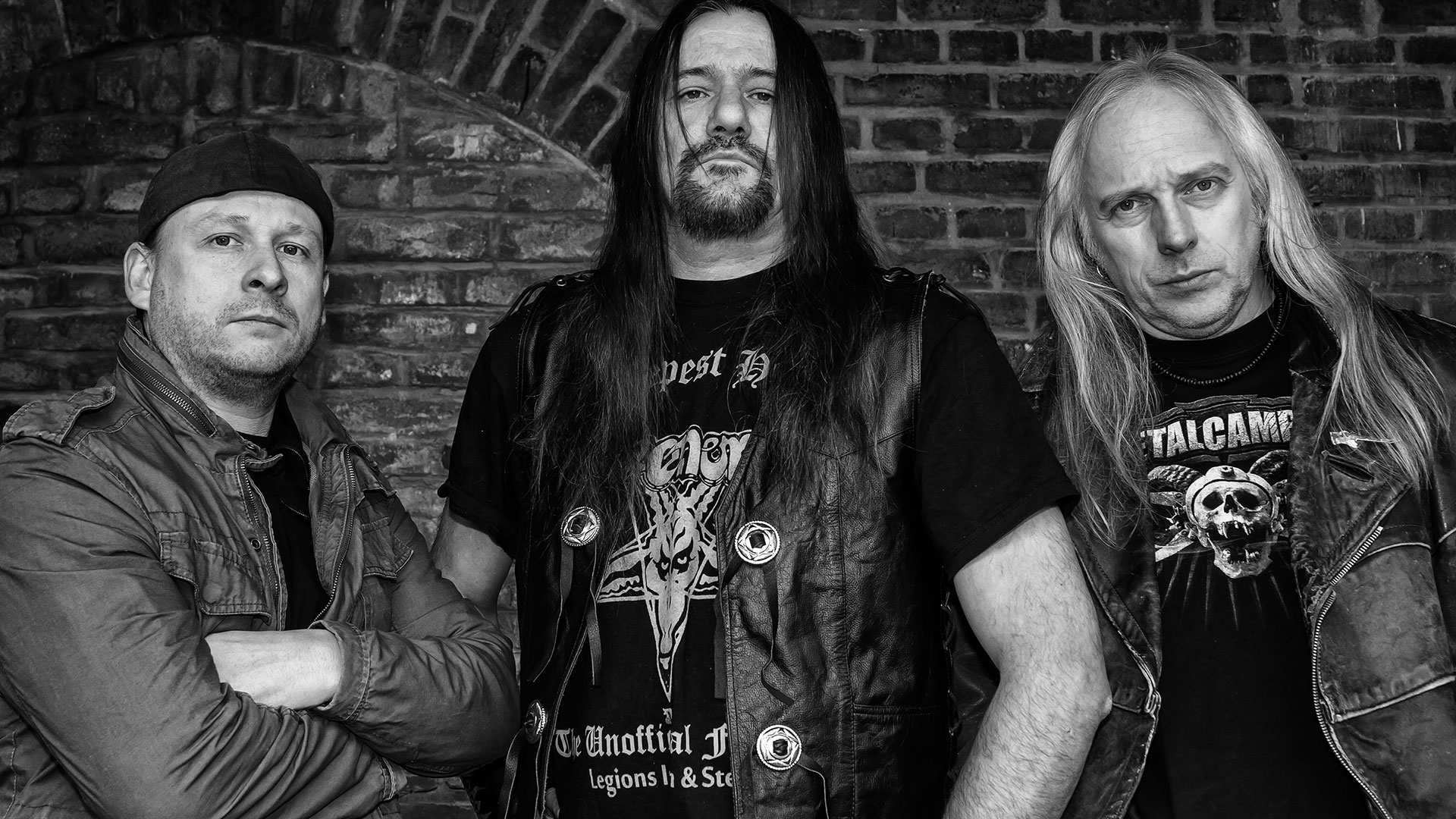 Sodom’s first tentative steps on the scene date back to the year 1982. Be it the early demo tapes, their In The Sign Of Evil-EP (Steamhammer), their 1996 debut album Obsessed By Cruelty: Sodom intimidated the world at large from the very beginning. Two years and one album later, the band toured Europe with the likes of Whiplash, recording the live cut Mortal Way Of Life at the legendary Tor 3 in Düsseldorf in the process. In Agent Orange, the band from Gelsenkirchen in the Ruhr area unleashed a milestone of the genre. Sodom toured all over the world, travelled Europe repeatedly and played a number of successful gigs in Japan and South America. Albums like Better Off Dead (1990) or Tapping The Vein (1992) manifested the success of the band, who – despite a number of personnel changes – managed to maintain their characteristic sound, mainly thanks to bassist and vocalist Tom Angelripper. Throughout the Nineties, Sodom lost none of their authenticity on albums like Masquerade In Blood or ’Til Death Do Us Unite, remaining firmly grounded and never losing touch with their roots. With their 1999 release Code Red, a title that refers to the US Marines’ infamous punishment code, the trio consisting of Angelripper/Bernemann/Schottkowski proved as politically committed as ever. This tradition was continued in 2001 with an “educational journey” to the Far East, namely two shows in Bangkok and Saigon and the explosive subject matter of their album, M 16. Subsequently, Sodom embarked on the preparations for their first DVDs, Lords Of Depravity Part I + II, went on to bring out another two studio albums in Sodom (2006) and In War And Pieces (2006) and are manifested on Epitome Of Torture as remorseless as ever.