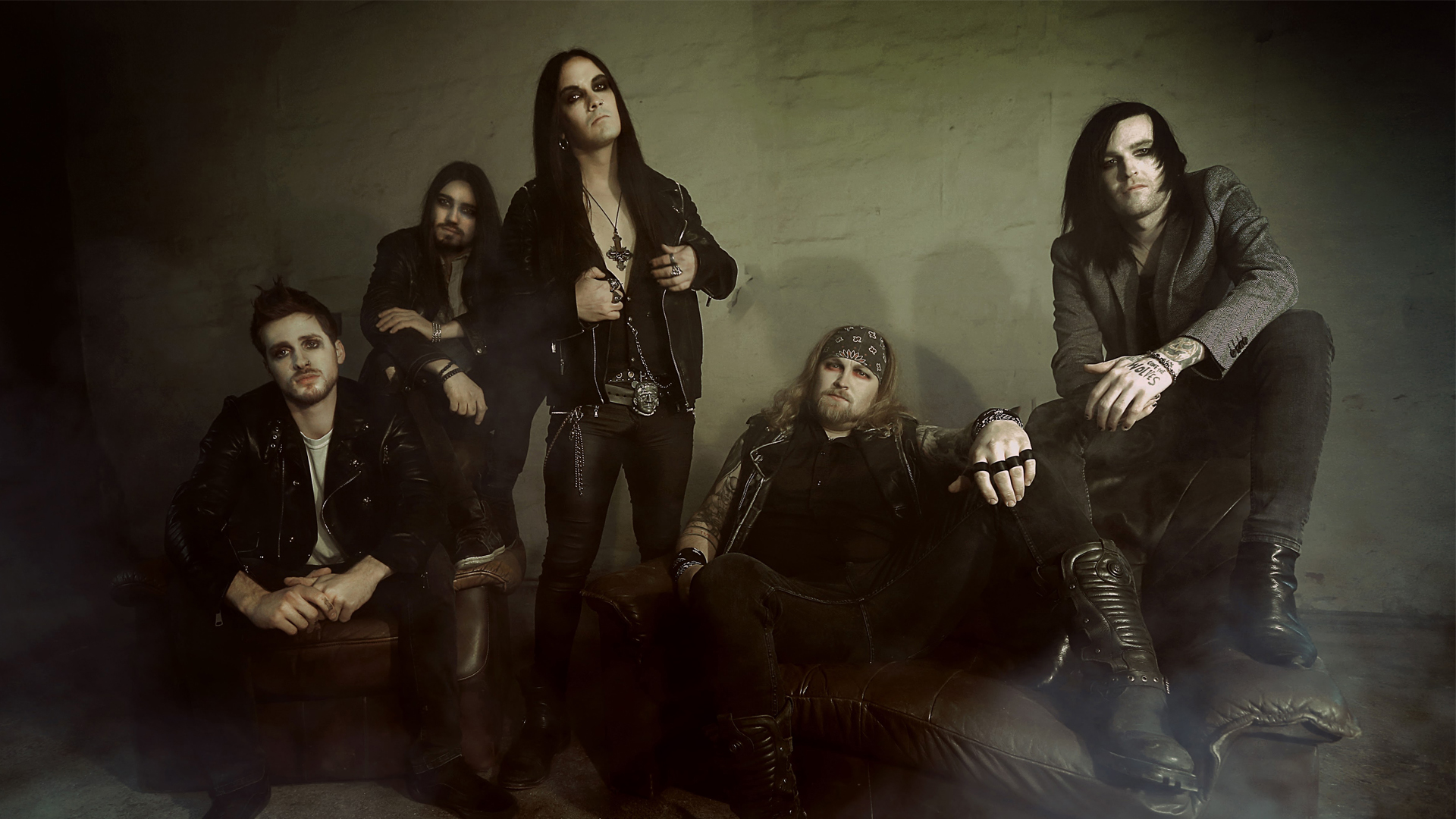 As a teenager you need to find a way to deal with grief and loss when you lose your dad really young. Ten year old Lon found it in 1999 with wrestling shows from America and especially in the character of Vampiro. Little Lon was so impressed by the professional wrestler that his mom had to buy him a Misfits record because Vampiro was touring with Misfits at the time.
Combined with a growing passion for horror movies and the fact that his older brother infected him with punk rock, Lon founded The Fright in 2002 near Jena with bass player Kain and drummer Noiseferatu. In 2003 he made his first stage appearance as a singer and guitarist and the band also recorded their first demo record. Thenceforth everything went really fast in the small (manageable) horrorpunk scene: together with The Other, Chrimson Ghost and other bands, they played at the first horrorpunk festival in Germany and demonstrated their presence nationwide.